Below are some misconceptions about the traffic control services that are used on construction sites.

Traffic controllers can slow down the construction work

Some construction project managers don't hire traffic controllers for their sites because they think that their presence will slow down the construction work's progress. They may think that if a row of forklifts and excavators have to stop at a traffic light on the site, then the operators of those machines will be delayed and won't get their work done quite as quickly as they would have, had there not been any traffic controller there.

In reality, the presence of traffic controllers on a site can actually help to keep a construction project on track. They manage traffic in a way that prevents time-consuming accidents from happening. For example, if two forklift operators are driving towards each other and neither one realises that there isn't enough room for them to pass, the edges of these two machines could collide. An accident like this could take all day to deal with and if the operators need injuries treated, the work that they were meant to do during the subsequent week might have to be delayed.

In contrast, if there were a traffic controller in between these two forklifts, they could stop both of them before they reach this point, letting one forklift continue and then allowing the other one to move forward. This way, traffic controls help prevent any collisions from occurring.

The other misconception about traffic control services is that they aren't needed on construction sites where the machinery operators are highly experienced. In reality, no matter how good a group of operators are at handling their machinery, their travels around the site could be made quicker, safer and easier by the presence of traffic controllers.

For example, these traffic controllers could ensure that operators come to a stop several metres before approaching a bend on the building site's pathway. Whilst a good machinery operator will know not to go around a bend without slowing down, they might wait until they're almost at the corner to stop. Unfortunately, this means they would need to reverse in instances where there is another operator coming round this bend from the other side.

Reversing a big piece of equipment, like an excavator, is a difficult and hazardous process that has to be done slowly. As such, in this type of scenario, the traffic controller could eliminate the need for the operator to reverse. This enables both workers to go around the bend with the minimum amount of effort. For more information, contact a traffic control service. 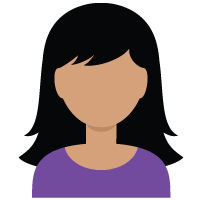 Have you just moved into a newer home? Are you con …

If you are in the construction industry, you shoul …

A custom home is designed to suit your tastes and …

Building Inspection Report: 3 Important Precautions Before Purchasing A House
16 May 2022

If you have decided to invest in a home, plan for …

Are you planning to build a property? You may have …